The UK’s aluminium industry stands poised at a crossroad. It could stay on its present path where almost all its cast, rolled, extruded or forged semi-fabricated product forms are imported with little or no control on their embodied carbon level or of their multiple environmental impacts beyond this simple measure.

Alternatively, there is the option to develop a local recycling-based UK based supply chain consistent with a Circular Economy and a Net Zero state that could dramatically reduce all the environmental impacts associated with prime aluminium production from bauxite.

Over the past few years almost all the UK’s primary aluminium smelters have closed as they became un-economic due to either to high electricity costs or to closure of tied nuclear electricity generation. The only remaining UK primary aluminium smelter owned by Alvance in Lochaber is only capable of providing a small fraction (50kt/year) of the UK’s growing aluminium need. In addition, a considerable fraction of the UK pre- and post-consumer recycled aluminium is exported either in shipping containers or as rolling blocks. None of the aluminium sheet used for cars or cans is rolled in the UK.

Much of this imported prime aluminium in all its forms and products has its origin in China where the aluminium smelted there is best described as “black” rather than “green” due to its exceptionally high embodied carbon level. The UK Aluminium Industry could lead the transformation to a Circular Economy based local supply chain based on improved alloy performance, impurity tolerant alloys, repair, re-use, refining and closed-loop recycling at the highest application level.

However, this would require significant investment in both automated recycling facilities and in casting and sheet rolling and automotive extrusion capability. This transition would also significantly reduce the demand requirement and the exposure to high and volatile energy prices.

While sustainability is an important source of competitive advantage for aluminium producers and manufacturers, it is now becoming an imperative.

The recent release of ALFED’s Net Zero Report highlights that collaboration across sectors is key in delivering radical innovation, growth and change and this panel of experts will examine how and why aluminium is ideally positioned to help UK industry as it moves towards more sustainable supply chains.

UK Metals Expo ·
@UK_Metals
A little update around what has been a fantastic start to the year, and superb January.

Thank you, to all our exhibitors, partners and colleagues for making this year already a success https://t.co/M40EbKVszK
View on Twitter
0
0

Thank you and see you in September 2023

Thank you. See you in September 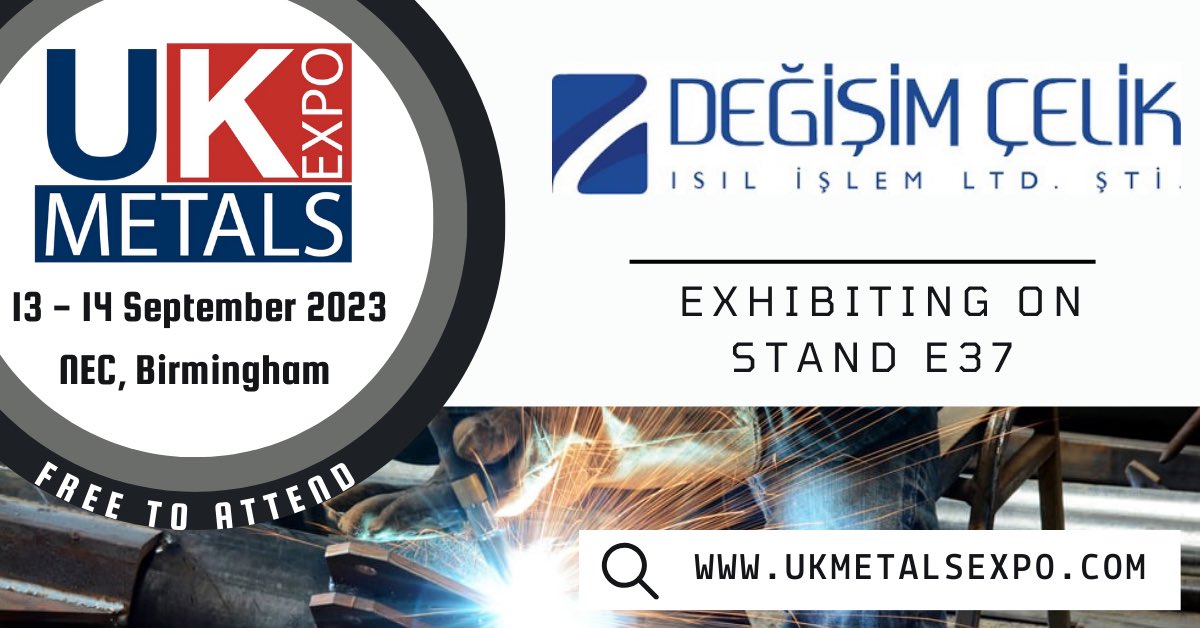 UK Metals Expo ·
@UK_Metals
We are delighted to welcome  @Outokumpu Steel Division as an exhibitor with us for the UK Metals Expo 2023 edition.

Thank you and see you in September 2023

UK Metals Expo ·
@UK_Metals
We are delighted to welcome Tecnica Tre as an exhibitor with us for the UK Metals Expo 2023 edition and our first Italian booking.

Get in touch with us

Any queries? Please send the organiser an email and we'll get back to you, asap.