Home » Technology metals: the need for a circular economy system

Technology metals: the need for a circular economy system

Countries around the World plan to reduce carbon emissions, often by the adoption of low carbon technologies, such as wind turbines, solar panels and electric vehicles. This increases demand for a range of materials, most of them metals, upon which these technologies depend. The transition to net zero is threatened by the vulnerability of the supply chains for these critical materials, few of which are produced or processed in the UK. This is just one reason why sustainable production, resource efficiency, effective product stewardship and a supportive regulatory framework for critical minerals will be necessary to realise the full benefits of a decarbonised green economy.

Shortly before World War 2, the USA passed federal legislation in the form of the Strategic and Critical Materials Stockpiling Act, which, as the name suggests, sought to secure access to materials essential for industry and defence. The policy endures and the current list, published in May 2018, contains 35 minerals thought to be critical, with no primary production of 22 of these in the USA.

In 2008, the European Commission launched a Raw Materials Initiative to secure materials for EU industry and support social well-being. The initial list published in 2011 contained 14 critical materials. This list has been revised every three years and by the 2020 revision the list has grown to 30 materials identified as critical, including some groups of materials, such as heavy and light rare earths plus platinum-group metals. If one examines this list there is obvious evidence of vulnerability. China provides 98% of the rare earths. The Democratic Republic of Congo (DRC) produces 70% of the World’s cobalt while South Africa meets over 70% of the European need for platinum group metals, with much higher figures for certain of those metals such as iridium or rhodium.

Securing supply of critical materials may become highly problematic in the future, thus measures to address this problem are crucial. Post-Brexit, the UK needs to consider devising its own list of critical materials. The first recognition of this appears in the recent National Security and Investment Act 2021 which gives the government powers to investigate and intervene in corporate acquisitions and investments thought harmful to national security. One sensitive area of the economy in which this may occur is the ‘advanced materials’ sector. As defined, advanced materials extend much wider than, but do include, critical materials. Regulations made under the Act contain a schedule listing 45 critical materials.

Oversight of and step-in powers relating to investments, however, is not the same as a clear strategy for the supply of critical materials. The growth of the green economy, alongside factors such as global population rise, is likely to generate the need for new mining and processing facilities. Such development is both costly and time consuming. Investment may be limited by the traditional volatility in metal pricing.  This is not helped by the concentration of supply outlined above, which may leave some room for price manipulation.

Critical materials are not necessarily scarce. There are sources that could be extracted around the World but not all countries are willing to bear the environmental and social costs of extraction. There is a need to internalise such costs into metal pricing to allow a route to sustainable production but sadly this is not usually the case. In spite of our dependence on critical materials, the mining of them is highly energy intensive and a significant contributor to greenhouse gas emissions. Historically, mining has generated harmful mining waste and has considerable impact on the water environment, not least through the inadequacy of mine tailing dams which often store this waste. Significant humanitarian concerns attach to mining. For example, the UN Children’s Fund has estimated that 40,000 children are employed in mining in the DRC.

Such problems are not easily solved. Cobalt is a by-product of the extraction of copper and nickel, leaving an opportunity for artisanal miners to sort through the deposited material.  Some 20% of the DRC’s cobalt output is generated by this type of artisanal activity, which is informal, small scale and low paid. The children concerned likely work alongside their families. The mining ought to be providing opportunity for more formal, structured and better paid employment and greater community development, including child education. The danger is, however, that growing global demand for cobalt makes a more sustainable approach harder rather than easier to achieve.

This problem of sustainable production and processing of metals cannot be overlooked. However well we harness resources already in circulation, we cannot meet growing demand for technology metals without increased production. Alongside this patterns of consumption of these materials must also change.

The University of Birmingham is a partner in the UKRI National Interdisciplinary Circular Economy Centre for Technology Metals (Met4Tech). We advocate that any circular economy approach has to begin with sustainable production, including production in the UK for critical materials such as lithium or tungsten. Thereafter we can look to move away from linear economy models, in which we mine raw materials only to dispose of these at the end of the life of the technology products in which they are incorporated.

The Met4Tech circular economy research looks at ways to close the cycle on technology metals. This is not a simple case of promoting more recycling (though that would be a good start) but of developing more sustainable business models in which value is first created and then preserved. For example, minimisation of raw material use might be achieved through better shared use of goods.

We take the view based on long experience that a circular economy is unlikely to form of its own accord without some form of market intervention. The task for those studying regulation is to try and understand what forms of directive or incentive are likely to produce a shift away from linear approaches. Governments are reluctant to impose business models and globalisation makes it increasingly hard for national legislation to do so. This may mean that we need to look for forms of governance that involve both public and private initiatives.

We need to do so across a wide range of product groups which depend on technology metals. Such limited regulation for extended producer responsibility that exists at present is often confined to a particular type of product, such as an end of life vehicles or a battery. Technology metals are widespread and often found in industrial rather than consumer goods. Patterns of consumption may need to be transformed. Do we need to own our electric vehicle battery or might it be provided and maintained under a service model which could guarantee access to end of life batteries for remanufacture.  If we are to deliver on the promise of a net zero future, radical change to both business and social organisation will be required.

UK Metals Expo ·
@UK_Metals
By 2030, a modern and progressive UK Metals Industry will be supplying high quality, innovative and competitively priced products to a wide range of customers. 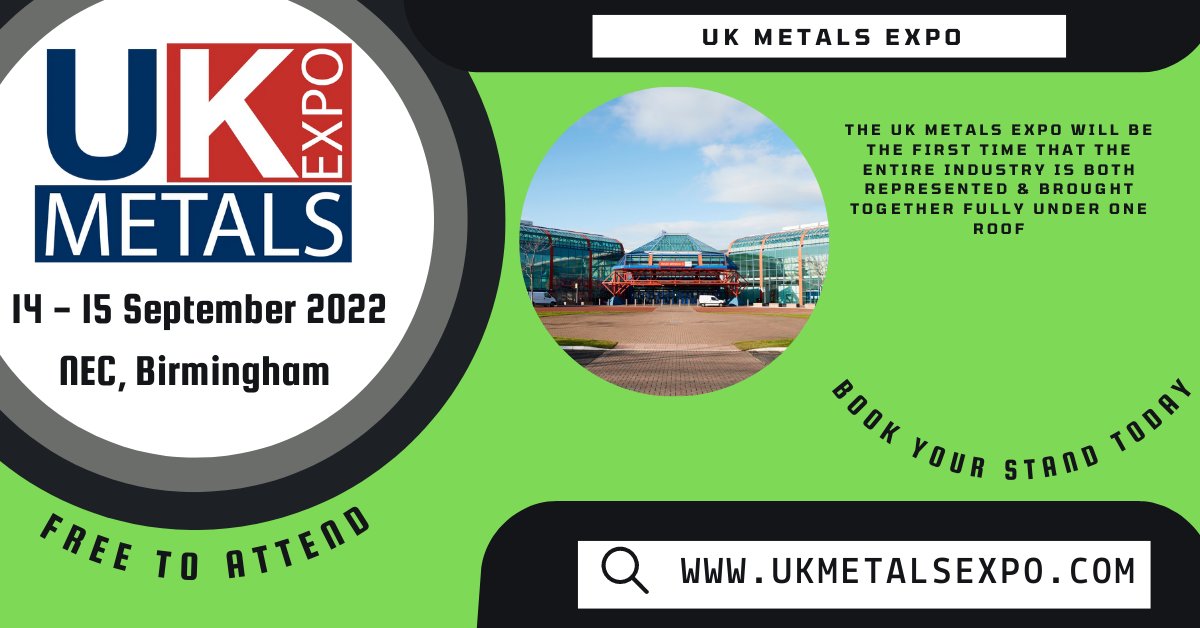 UK Metals Expo ·
@UK_Metals
Jane Pierce will be speaking in the skills and training theatre about 'Strategic Developments in Apprenticeship & the Training Landscape'.

Visit our website and check out our full speaker line up. https://t.co/xNT2uZnEZD 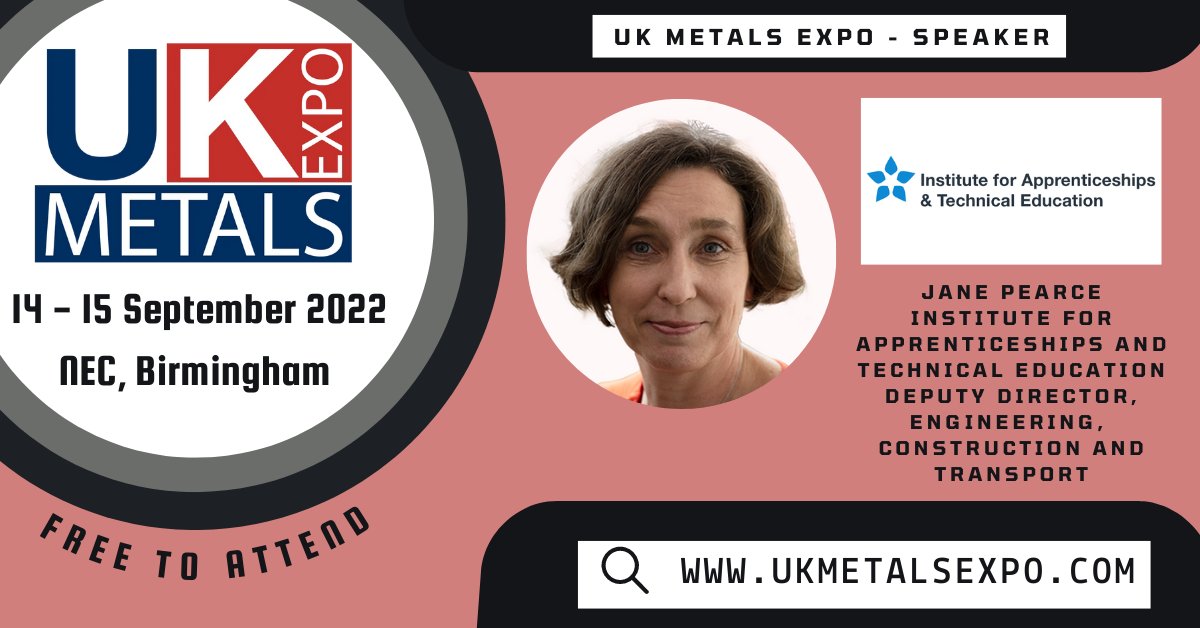 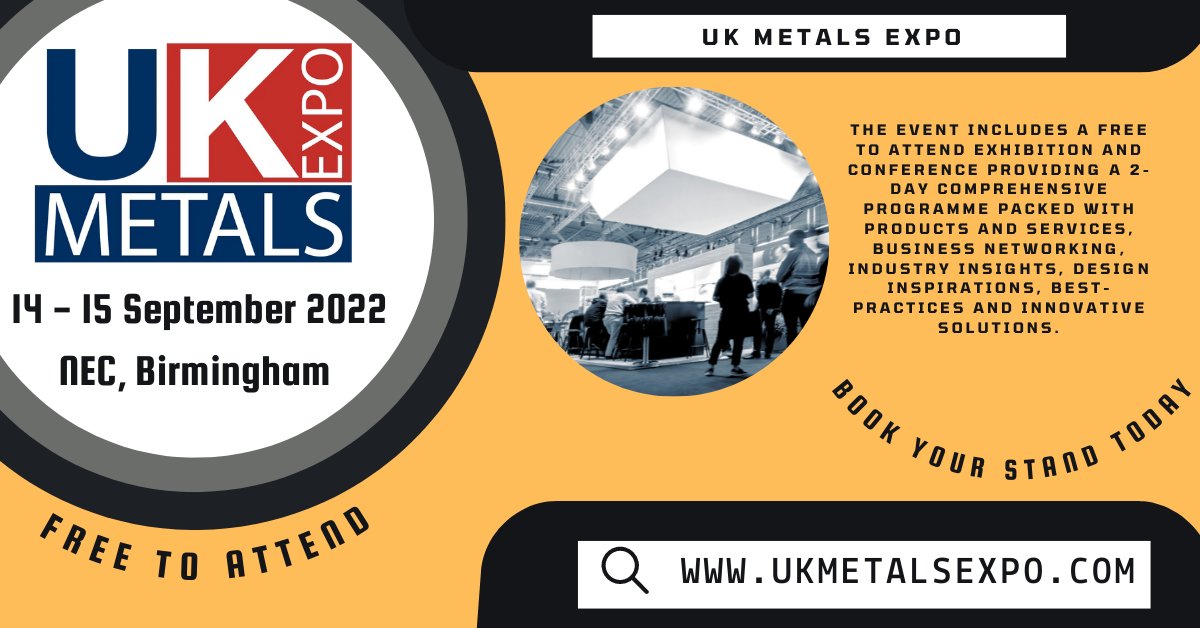 UK Metals Expo is the only event that brings together the entire metals supply chain. 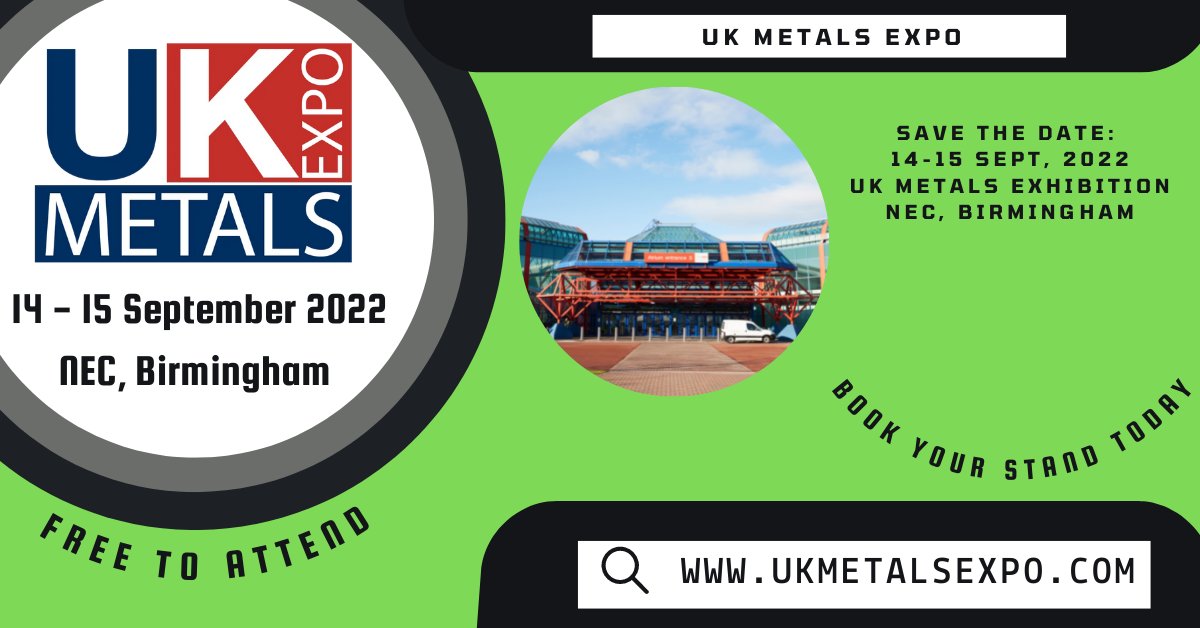 UK Metals Expo ·
@UK_Metals
Jan Lukaszewski will be speaking in the skills and training theatre about 'How to bring together material science and manufacturing technologies?' 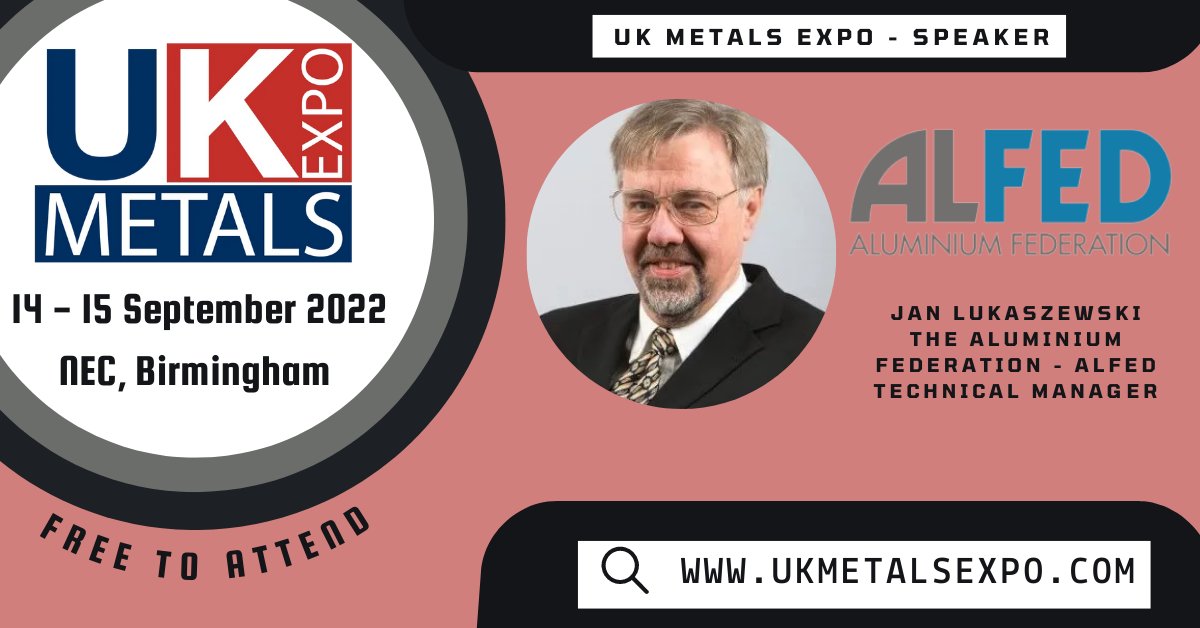 Get in touch with us

Any queries? Please send the organiser an email and we'll get back to you, asap.